Hiiii guys , the start of the year is over. And the smollest month is reaching to us. 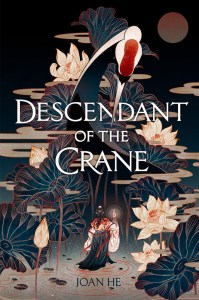 Tyrants cut out hearts. Rulers sacrifice their own.

Princess Hesina of Yan has always been eager to shirk the responsibilities of the crown, dreaming of an unremarkable life. But when her beloved father is found dead, she’s thrust into power, suddenly the queen of a surprisingly unstable kingdom. What’s more, Hesina believes that her father was murdered—and that the killer is someone close to her.

I was reading this e-ARC from December end and read through new year. And then finished it in jan 1st. Seriously people , preorder this book if you can because everyone should read this gem.

When our heroine Ophelia is promoted to Vice-storyteller by Farouk, the ancestral Spirit of Pole, she finds herself unexpectedly thrust into the public spotlight and her special gift is revealed to all. Ophelia knows how to read the secret history of objects and there could be no greater threat to the nefarious denizens of her icy adopted home than this. Beneath the golden rafters of Pole’s capitol, Citaceleste, she discovers that the only person she may be able to trust is Thorn, her enigmatic fiancé.

As promised the cover.was released soon and I updated it in my jan tbr post. This was a mysterious and complex read even more than A winter’s promise which I didn’t think possible.

Deep in an ancient network of tunnels and caverns, a weakened Alina must submit to the dubious protection of the Apparat and the zealots who worship her as a Saint. Yet her plans lie elsewhere, with the hunt for the elusive firebird and the hope that an outlaw prince still survives.

Alina will have to forge new alliances and put aside old rivalries as she and Mal race to find the last of Morozova’s amplifiers. But as she begins to unravel the Darkling’s secrets, she reveals a past that will forever alter her understanding of the bond they share and the power she wields. The firebird is the one thing that stands between Ravka and destruction—and claiming it could cost Alina the very future she’s fighting for.

This was a reread for me and it was as magical it was at first. I read it and summarised it for Previously on Grisha post with Esmee.

Set in a fictional version of earth with its own lists of mythos, the mannamong is a common topic of ancient folktale discussing Mother Nature as a deity, the world’s natural order, and the conditioning of the soul. While interpreted as a myth to the common man, our main lead Kali Teal learns they are indeed real after being cured by them of an intense unexplainable illness that has plagued her for a long time. The source itself came from a mannamong gone rogue with his own mysterious incentives from getting captured by his own kind. An unsettling relationship unfolds between Kali and her tormentor while she experiences a new awareness of the spiritual realm unseen by mankind. What’s one little girl suppose to do? Trust the mannamong or not?

This was my first English Graphic novel read and it was totally cool. But it had more concept to be a novel so it sounded more like a novel with cool pictures but meh..

It was funny , adorkable and amazing

What Makes Girls Sick and Tired is a feminist manifesto that denounces the discrimination against and unfairness felt by women from childhood to adulthood. The graphic novel, illustrated in a strikingly minimalist style with images of girls with varied body types and personalities, invites teenagers to question the sexism that surrounds us, in ways that are obvious and hidden, simple and complex.

This book was also smol and cute. And really amazing.

I just got to this book finally and I wasn’t impressed. It was only 2 star read. It was boring and slow burn romance which didn’t make a lot of sense. The link to my spoiler review is here.

A literal retelling of cinderella with a few changes made in the ending .

This was a comic and its like the first part of a series i guess. Anyway I didn’t like it much.

This one was a 4 star read for me . It was really interesting. Check my review below

Blogging wise , January was really awesome. I had the highest stats since i started blogging!!! And I reached 200+ followers!

And I received a physical ARC for review which really meant a loot to me. And I was in a review program and sent 2 physical Indian written books too.

Running with the wolves

Paperfury released the cover of her second book the boy who steals houses which was sooo gorgeous.

And 50 ways to be a better blogger by art of blogging was awesome. Follow then if you don’t already.

I won my very first giveaway hosted by Dini @ unputdownable books for her 2nd blogoversary.

I received this book for reviewing thru bookgenie and almost gonna finish it.

This book is also for reviewing and the summary was really intriguing . Looking forward to reading this one too.

I’m really hoping the order will come thru and gonna ask in the post office. Wish me luck.

I didn’t read this one in January. But I’m reading with dini for stars and sorcery book club. I really hope to get thru and love this one.

I’m taking part in a blog tour for this book so I’ll be reading this book too.

I know this post won’t be fulsilled if it wasn’t adding some books to your tbr. So brace yourself.

That’s it for now . I’ll see you soon with another post soon.

This was a lengthy post than i expected. But bear with me and I’ll make my February much more bearable. How was January for you guys? Are any of these books in your tbr?? Let’s talk.